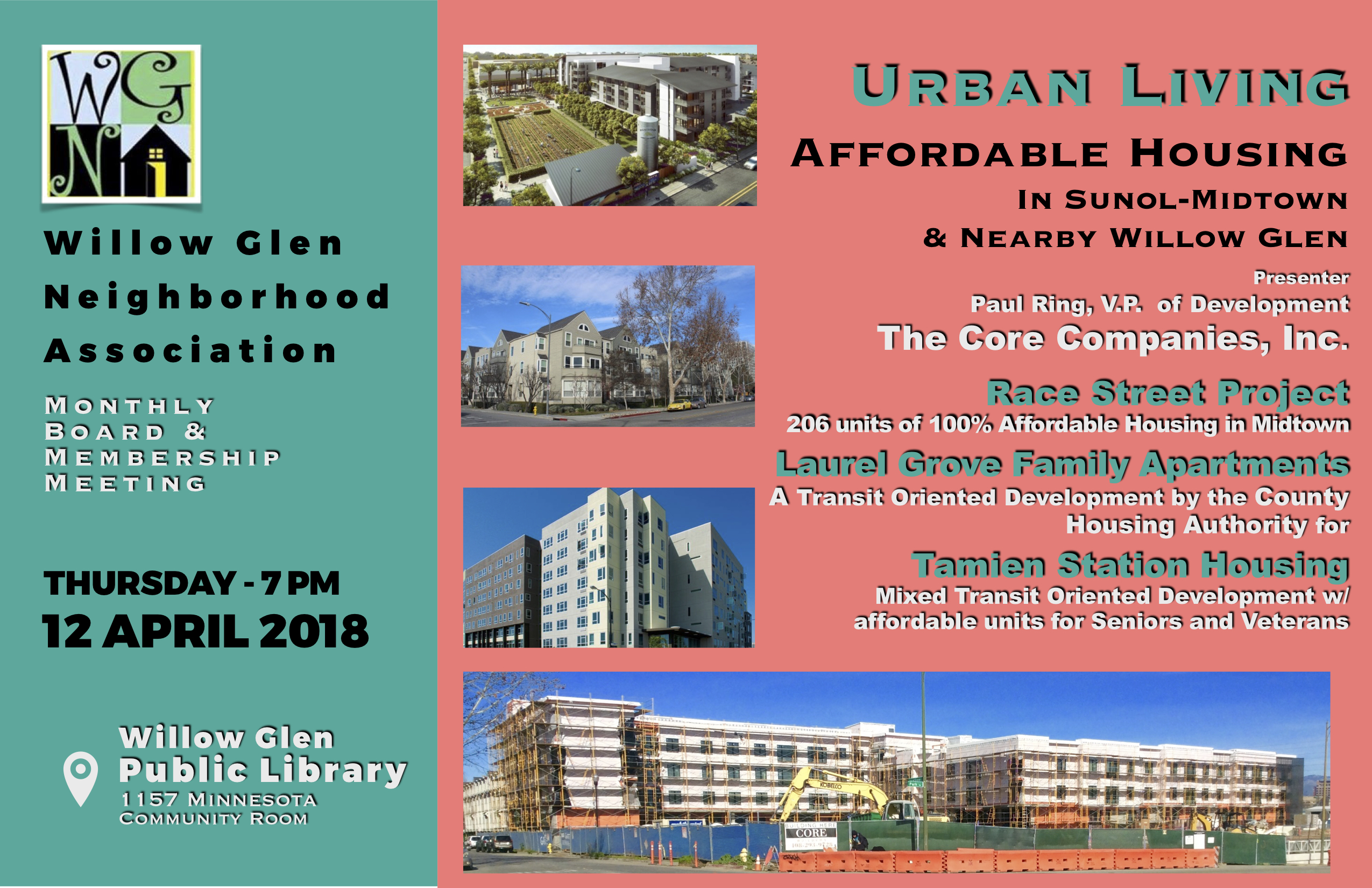 WGNA's next Board & Membership meeting on Thursday 12 April 2018 will include CORE Builders as the guest speakers on the topic of Affordable Housing projects in our area.  This is part two of our "Urban Living" presentations.  Paul Ring, V.P. of Development at Core Companies, will be the presenter.

Our meeting will be hosted at 7:00 PM in the community room of the Willow Glen Public Library, located on Minnesota Avenue. It's an open house meeting, and everyone is invited to join.

One of the major projects to be discussed by the guest speaker will be the Laurel Grove Family Apartments, located adjacent to the San Jose Diridon Transit Center, a major transit hub with access to both regional and local transportation, as well as free shuttles to the downtown core.  Laurel Grove is the first project in Santa Clara County to be awarded funding from the state's Affordable Housing and Sustainable Communities (AHSC) loan and grant program, which is administered by the Strategic Growth Council and implemented by the California State Department of Housing & Community Development (HCD).  Laurel Grove also received a loan from HCD's Transit Oriented Development program.  This is the first housing project in San Jose to be Bay-Friendly Landscaping rated by ReScape California, a nonprofit organization that recognizes excellence in sustainable landscape design, construction and maintenance practices.

The guest may also talk about other area projects, such as the Delmas Park Apartments, Agrihood, Sparq, etc.

Established in 1989, The Core Companies is a major builder in the San Francisco Bay area.  Since its inception Core has developed more than 400 single-family homes, townhomes and condominiums, as well as 2,300 apartment units all within the South Bay region. In the last decade, Core has developed 17 properties with a total development cost of approximately $500 million.