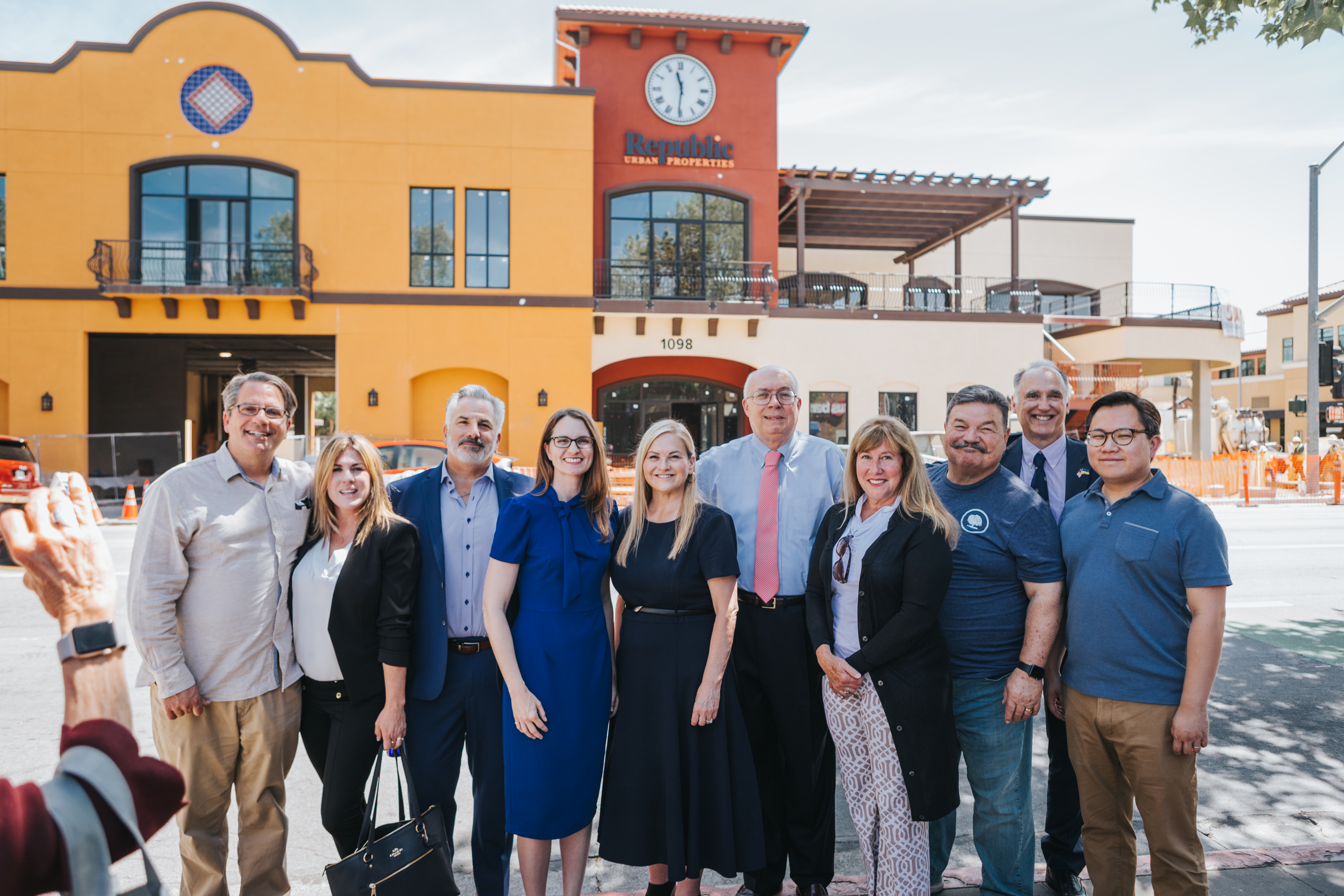 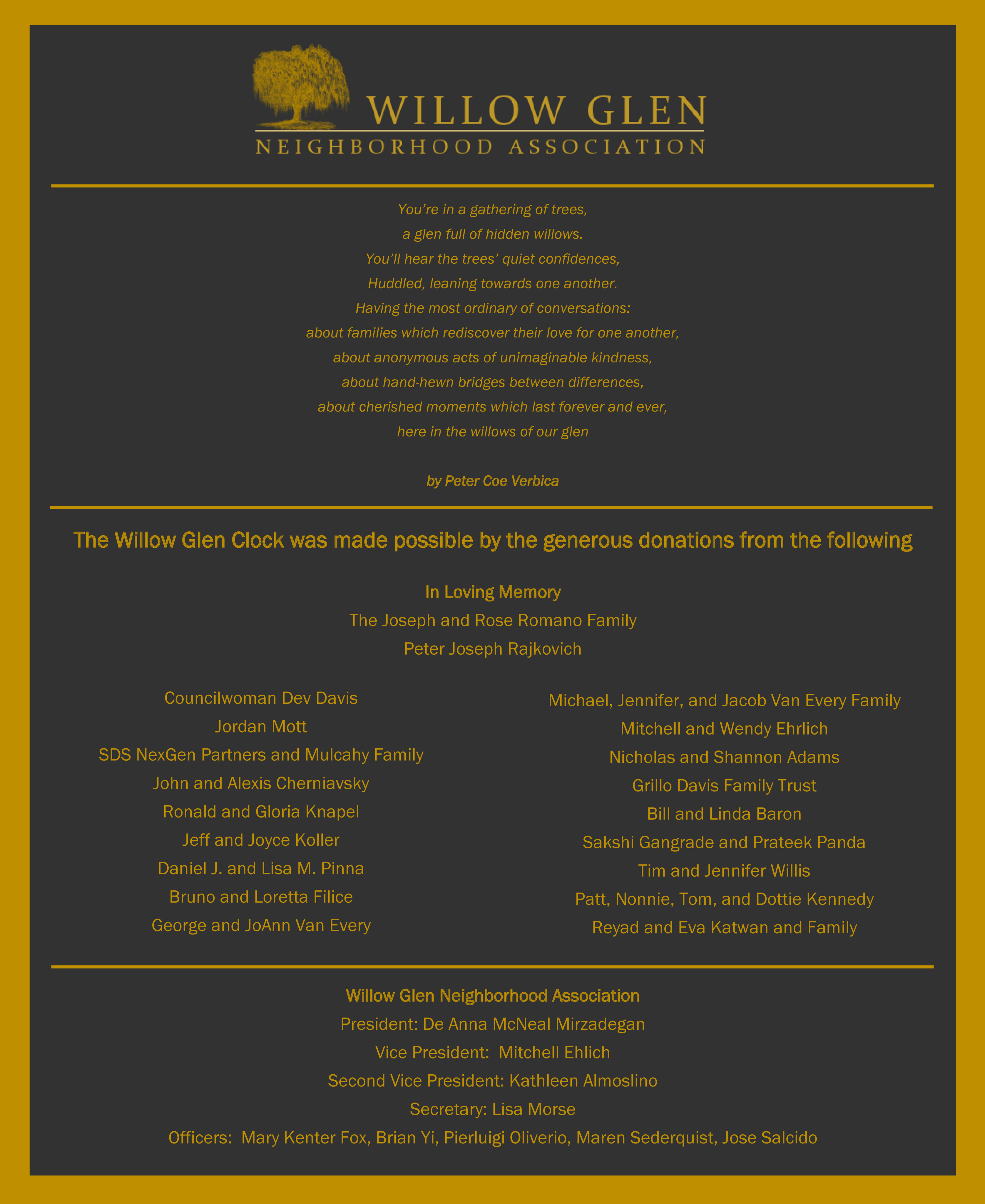 WHY THE WILLOW GLEN CLOCK PROJECT

During a board meeting several months ago, one of our board members presented her idea to have a free-standing clock at one end of Lincoln Ave.  This clock would welcome people to our community.

WGNA loved the idea of adding this clock but the reality of government regulations, ordinances, the time and costs for a public installation pushed the idea out of reach.

It was at this point we approached Republic Urban Properties with the idea of putting the standing clock on the corner of their lot but, this also presented a challenge.  Eventually, we realized we could still move forward with the idea of a community clock, if we could place the clock on the Republic Urban Building itself.  Republic Urban, graciously accepted our proposal and offered to cover costs of the installation and maintenance of the clock.  We feel this is a win for our community!

The clock will be a seven foot diameter monument clock that will be placed on the fifty foot tower of the office/retail building facing Lincoln; this will be the highest point in Willow Glen. The seven foot clock will feature LED lighting and will illuminate in the evenings and holidays.  The planned installation is late March or April.  The dedication and unveiling will be in May 25th at 11am. 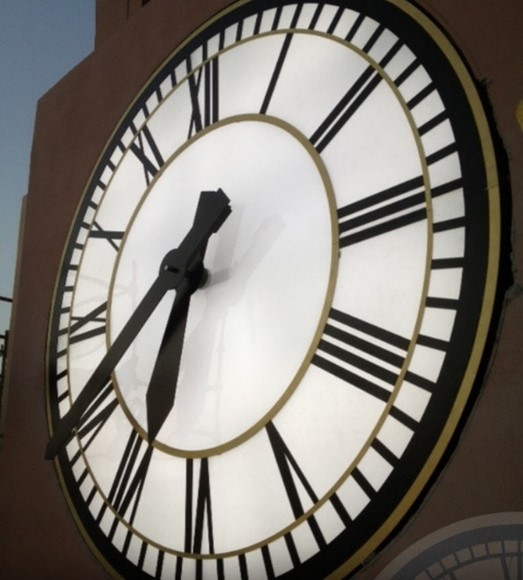